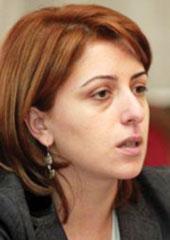 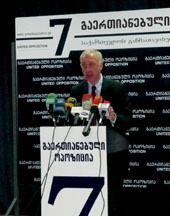 The United Opposition bloc hammered out ideas about its future yesterday before announcing a summer recess to ponder how to proceed. (more)

Political parties are waiting for notice from the Central Election Commission that they are eligible for a share of millions in state financing. (more)

A Georgian aircraft manufacturer announced yesterday it has entered into a joint venture with an American company to produce jet planes. (more)

Russias moves in Georgia are a clear-cut attempt to effectively annex part of the countrybut Moscows ambitions do not stop at maintaining control of Abkhazia. (more)

Exports were down in the first quarter of 2008, with some analysts blaming the strengthening lari. (more)