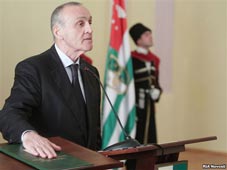 The inauguration ceremony of the newly elected separatist President of Abkhazia Alexander Ankvab was held in Sokhumi on September 26. (more) 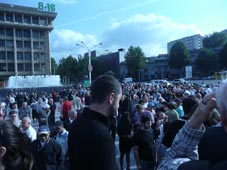 This march is the launch of a movement that the ruling powers are frightened of  the leader of the National Forum, Gubaz Sanikidze, told The Messenger (more)

Russia-Georgia relations are usually thought of in the present day as hostile, bitter and angry. (more)

"No electromobile cars in Georgia?" (more)

On the 18th anniversary of the war in Abkazia how realistic do you think Abkhazia's reintegration into Georgia is?
View Responses
The Messenger welcomes your comments, questions and letters to the editor. Please write to us at messenger@messenger.com.ge
US Dollar - 1.6628
Euro - 2.2356
Pound Sterling - 2.5632
100 Russian Ruble - 5.2108
Swiss Franc - 1.8131