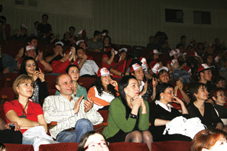 Early exit polls results projected a sweeping victory for the ruling party in yesterdays parliamentary elections. Opposition leaders, who had instructed supporters to boycott the exit polling, dismissed the results as rigged. (more) 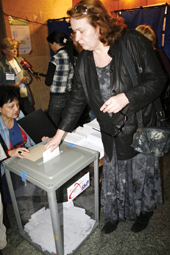 Despite significant reports of violations and organizational glitches at the ballot box, voting was mostly calm across the country yesterday, with one domestic NGO giving a generally positive assessment of the parliamentary elections. (more)

The most effective campaign method is for party representatives to meet face-to-face with voters, according to an informal poll carried out by the newspaper Kviris Palitra. The newspaper asked 602 people to rank a list of eight campaigning methods in order of perceived effectiveness. It did not specify when the survey was carried out. (more)
24/7 coverage of today's parliamentary elections from Georgia's most trusted newspaper.
What is your assessment of the elections?
View Responses
This newspaper is for you. What do you like? What do you want to change? Tell us! Click here to take our survey.
The Messenger welcomes your comments, questions and letters to the editor. Please write to us at messenger@messenger.com.ge
US Dollar - 1.4530
Euro - 2.2535
Pound Sterling - 2.8334
Russian Ruble - 0.0610
Swiss Franc - 1.3826