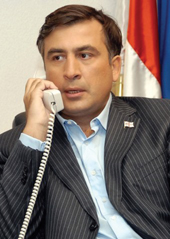 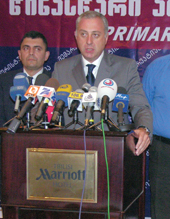 A leading opposition politician accused the government yesterday of mounting a campaign of terror against opposition activists after multiple reports of targeted beatings and attacks. (more)

Joseph Kay, the apparent new owner of the formerly pro-opposition Imedi media group, sacked the top management of Radio Imedi on May 30. (more)

National Security Council chief Kakha Lomaia said any attempt to physically stop the new parliament from convening will be suppressed by all legal means. (more)

Tbilisi voters at a loss

The newspaper Kviris Palitra conducted an informal opinion poll, asking 516 people to rank a list of eight MP candidates who did not win majoritarian seats in the May 21 parliamentary elections in order of preference. It also asked respondents whether they felt the elections were fair or not. The newspaper did not specify its method or when the poll was carried out. (more)

Are you concerned by the management changes at Radio Imedi?
View Responses
This newspaper is for you. What do you like? What do you want to change? Tell us! Click here to take our survey.
The Messenger welcomes your comments, questions and letters to the editor. Please write to us at messenger@messenger.com.ge
US Dollar - 1.4440
Euro - 2.2339
Pound Sterling - 2.8499
Russian Ruble - 0.0608
Swiss Franc - 1.3731