Opposition parties have urged the government to fully comply with all components of the March 8th agreement. (more) 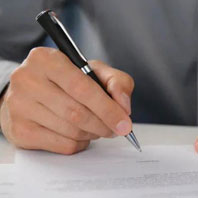 On March 8th, as a part of the political agreement reached between the United States and the EU diplomatic missions, the Georgian government took the responsibility to respond to actions that may be perceived as improper politicization of the judiciary and the election process. (more)

Georgia recently celebrated Independence Day, but this, even symbolically, failed to unite the political spectrum. (more)