Representatives of the civil movement Aleko Elisashvili and Levan Ioseliani, a non-judicial member of the Council of Justice and one of the founders of the Movement for the People, Ana Dolidze and independent MP Levan Koberidze formed the New Platform and confirmed their commitment by the Memorandum of Understanding. (more) 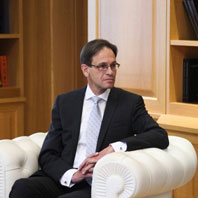 According to the Ambassador of Germany to Georgia, the prosecutor's office used a wording that was not optimal and could have been better. (more)

The renewed budget and upcoming rally

One of the highlights of last week was the government's presentation of an updated version of the 2020 budget, which drew strong criticism from the opposition. (more)