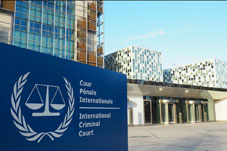 The Directorate of the Victims' Fund (TFV) of the International Criminal Court (ICC) in Hague is launching a 3year Euro 600,000 assistance program for victims of the August 2008 war. (more)

A new wave of restrictions: what are they and what do they mean for the country?

As the number of confirmed cases continues to grow every day, the government of Georgia decided that the most effective way to fight the spread of the virus was to introduce (and re-introduce) an additional set of healthcare-related regulations. (more)