Georgia marks 28 years since the fall of Sokhumi 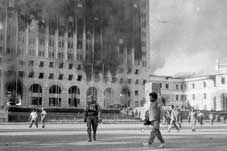 It has been 28 years since the defeat of the Georgian Armed Forces and the fall of Sokhumi on September 27, 1993, following the military confrontation in Abkhazia that lasted 13 months and 13 days. (more)

The President of Georgia Salome Zurabishvili paid a working visit to France, taking part in the events dedicated to the 100th anniversary of the recognition of the Democratic Republic of Georgia by France in Paris. (more)

SSS Scandal of Secret Recordings and Compromising Materials Against Clergy

On September 13, the already tense situation in Georgia was further aggravated by a new large-scale scandal. (more)