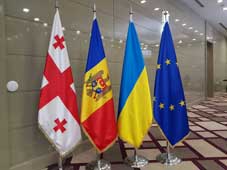 The ambassadors of the EU member states have agreed that the European Commission will present its views on applications for EU membership submitted by Ukraine, Georgia, and Moldova, the French delegation to the Council of Europe wrote on Twitter. (more) 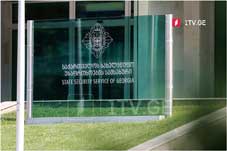 The State Security Service responded to rumors regarding the massive influx of Russian and Belarusian citizens into Georgia in recent days on the 8th of March, rejecting the speculation and assuring that state security is under full control. (more)

Where Does Georgia Stand in the Black and White World of the Russia-Ukraine War?

Putin's Russian attack on Ukraine has made the world black and white, with Russia and now Belarus on one side, and on the other side  Ukraine, which is heroically defending itself. (more)
The Messenger welcomes your comments, questions and letters to the editor. Please write to us at messenger@messenger.com.ge
US Dollar - 3.3991
Euro - 3.6802
Pound Sterling - 4.4708
100 Russian Ruble - 2.4641
Swiss Franc - 3.6731