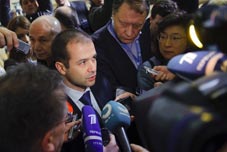 De facto Abkhazia has asked Ecuador to recognise it as independent, the news agency Itar Tass reported on Thursday. (more) 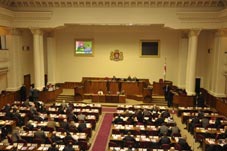 Discussions of the bill of amendments to the Election Code agreed between the Government and the opposition began in Parliament on December 3. (more)

Supporting the disabled in Georgia

Russian President Dmitry Medvedev has given Western countries what he calls a "new concept of European security". (more)

"Alasania will stand for Mayor whatever the threshold is" (more)