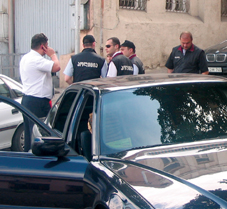 An explosion near trendy Shardeni St. yesterday destroyed the car of a banker linked to late Georgian billionaire Badri Patarkatsishvili. There were no injuries. (more) 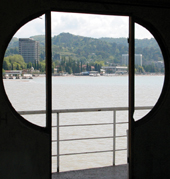 Female inmates in a Tbilisi jail who ended a hunger strike on June 22 after intervention from Georgias spiritual leader say they will resume protest this week if their demands are not met. (more)

Georgias reputation, and all its politicians, take a knocking

Much fuss has been kicked up this week by the testimony of a top US official, who spoke relatively frankly about the South Caucasus and Georgia. (more)

HSBC will commenced banking operations in Georgia on Monday, unveiling a six-story flagship branch and head-office premises on Rustaveli Avenue in the heart of the capital Tbilisi. The Group was awarded a local banking lisence in July 2007 and will operate under the name HSBC Bank Georgia. This brings to 84 the number of countries and territories in which HSBC has a presence. (more)

Is Georgia benefiting from its friendship with America?
View Responses
The Messenger welcomes your comments, questions and letters to the editor. Please write to us at messenger@messenger.com.ge
US Dollar - 1.4160
Euro - 2.2049
Pound Sterling - 2.7878
Russian Ruble - 0.0599
Swiss Franc - 1.3602